Jon Piasecki, Golden Bough Landscape Architecture, recently received a 2011 Honor Award from the American Society of Landscape Architects (ASLA) for his "Stone River" project, in the photos above. The awards honor the top public places, residential designs, campuses, parks and urban planning projects from across the U.S. and around the world. The magic of this particular project lies in the details. You need to watch the video on the following website link, to appreciate the painstaking effort and attention to detail that went into this project. http://vimeo.com/7653628

Jon also has received the Prince Charitable Trust Rome Prize (2004) awarded by the American Academy in Rome which is arguably one of the highest honors in landscape architecture.  He works in the following areas Dutchess Columbia, New York (Albany), Litchfield and Berkshire Counties.

Recently, Gary and George found an abundance of huge chunky stone. This Fall of 2011 we had Matt Shippee and his crew, Jason Powers and Zach Durant, work on a wall made with the big blocks of stone. Using heavy equipment and wonderful craftsmanship, it is very impressive. An incorporated set of stone steps links the office level with the next lower level of the quarry. There are plans to create an area out side the office for displaying specialty rocks, bird baths and sculptures. Some of which could be used for ornamental placements in your yard. The hope is that by seeing such colossal wall stones set marvelously here at the quarry, you will be inspired to use them in one of your future projects.

Here are a few photos of the project: 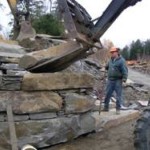 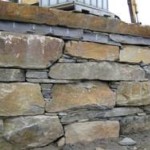 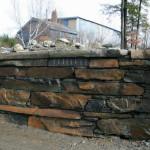 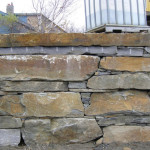 Then there was the National Parks project in New York City. Alexander Hamilton was the first Secretary of the Treasury, under President George Washington, known for his duel with Vice President Aaron Burr and his picture on the ten dollar bill. Hamilton's NYC home is preserved as the Hamilton National Grange. The historic structure, already removed from its original location many years ago, was moved in 2008 to a spot in a park on land that was once part of the Hamilton estate. It reopened to the public in September 2011. Studies were done to determine how the house looked in Hamilton's time, and the National Park Service fully restored the exterior and make it possible to view the entire structure. In its new Saint Nicholas Park location, it is possible to fully appreciate the beauty of the home that Hamilton helped design, and which he called his "sweet project." Our stone was used for the many walls around the historic home. http://www.nps.gov/hagr/index.htm 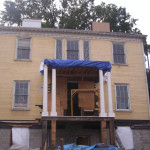 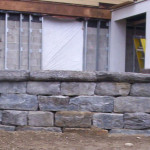 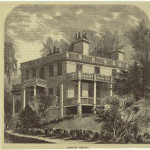 The moving of the house to it's new home at 414 West 141St, near Convent Avenue, Our stone used for the wall restoration to mimic the original walls, see them in this original drawing of the house in it's original location.

Richard Richardson of the Good Time Stove Company has been working on his Three Sisters Sanctuary, which is a mere 2 miles up the road from us for years now. He has created an amazing dragon sculpture with a fire pit for the dragon's belly of fire and a colorful tiled head complete with fire breathing open mouth. see photo below. There is an stone amphitheater used for music and theatrical events, their are ponds with water gardens, bicycle sculptures, stone walls and paths, and beautiful gardens. It is available for rental for weddings and events. 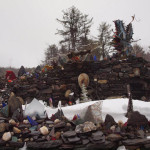 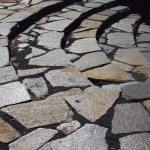 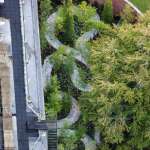 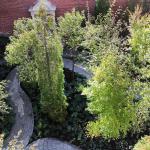 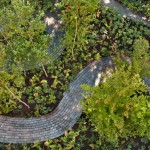